I think, Japan have a great transportation.
But, nobody is perfect, isn’t it? LoL

It’s almost 3 years since I came to Japan and I still confused how to get on and off the bus until last year -__-“
Maybe, it’s not so hard for some of you, but it hard for me because:
– I came here without any Japanese Language skill
– Almost all of announcement from driver inside the bus, small bus station, etc are in Japanese ToT
– The bus will not stop in every bus stop at least you push the stop button before or there are people in the bus stop
And,,,, the other excuses hahaha

So, here it is the simple step to get on and off the Bus
1. Those are some sample of the bus stop in here. I divided it into 2 type. First is a big bus stop that have a roof or even English version of their schedule, name of bus stop, etc. The other is small bus stop that just like a unrecognized road side sign and not so popular lol PLUS everything is written in Japanese except the numbers.

2. Different from train that almost on schedule, Due to traffic or other reason, The bus maybe late about 3 or 4 minutes and about 7-10 minutes if its rain and morning in weekday.
So, stand near the sign and the bus will stop. Before going in, make sure that you wait the right bus by look at the bus number (in case you can not read Kanji)

3. Inside the bus, you might be have to take a ticket (just number) that going out in pict A, in case you don’t have fare card. If you have fare card, just touch it pict B.

Nb. if when you get on the bus, there’s no machines like this picture, it means all the fare is same for all direction. so you just need to pay when you get off the bus.

4. When you hear or see announcement (like in picture below)  for your destination (In case your destination is not the last stop), Push this button and the driver will stop the bus for you.

5. Before get off, you need to put the money inside the box (A) or if your money too big, change it first in B and than put it into the box A. And if you have fare card, you just need too touch it into C ^^

You need to pay as much as it written in here. It depend on your destination. That’s why you need to take a ticket (in A) before get on, so you can know how much you need to pay.
*If the bus is one fare bus, maybe it will not have this kind of picture.
This is a payment machine near the driver seat and exit door.

That’s all the simple tips to get on and off the bus a little bit easier.
I remembered when I went to Korean Town in Osaka, I got so confused because the bus didn’t stop in my destination. hahaha..

The other tips are:
– If you can’t read kanji, Prepare your route and destination in Japanese and English, so even though you can’t read it, at least you can match it or use it to ask to local people.
– Use fare card! It is so useful and it can be used for bus, train, and minimarket.
Even though you will get your deposit money back (500 yen) when you return the card,  unfortunately, you can’t withdraw the balance inside the card.
– Do not hesitate to ask the local or other foreigner if you confused, they will help you as long as they can…

I will write about how to get into the train and the other tips later. So, please stay tune :))
By: Queen-Bee 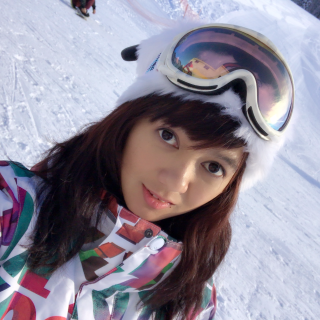 I'm Indonesian but currently live in Japan. I love traveling around Indonesia and the World. My blog is about everything I love. I hope you enjoy it. For fast respond, please DM me on Instagram or email me ^^